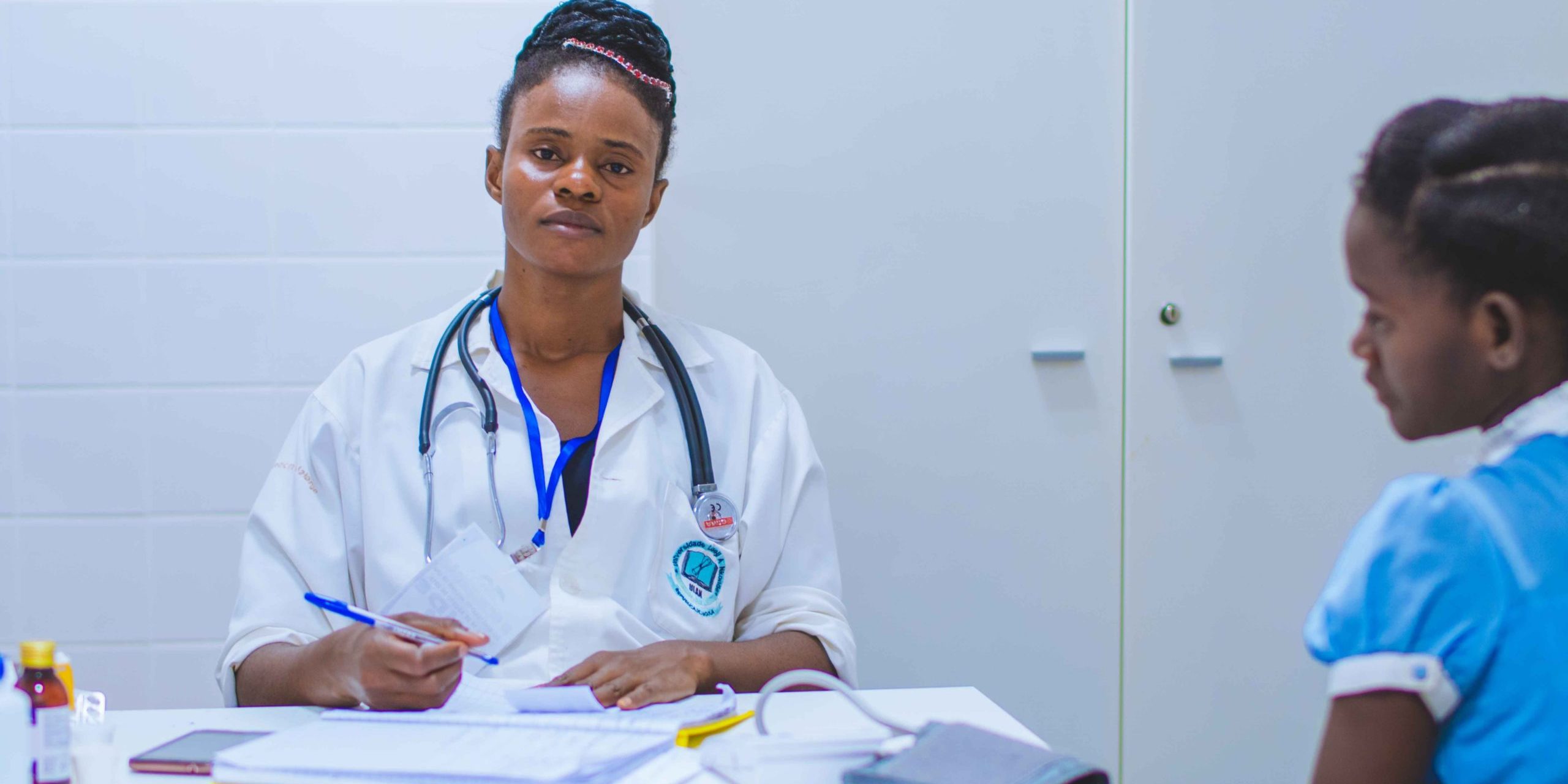 The COVID-19 pandemic continues to extend around the globe and has now reached our partner countries in East Africa, including Tanzania. It is still too early to say what will be the ultimate impact of the health emergency on our research project and for now our biggest priority is to ensure our research team and collaborators stay safe. As we monitor how the situation develops, I want to devote this blog to share some reflections on what we have learned about how social norms associated with corruption change (or not) with time and in response to exogenous shocks.

Our project is developing an intervention to tackle petty corruption in the Tanzanian health sector. We want to test how anti-corruption practice may engage with social norms that are associated with the prevalence of bribery in the delivery of health services. Social norms are the mutual expectations held by members of a group about the right way to behave in a particular situation.

In their very useful reference guide on Understanding Social Norms, Cheyanne Church and Diana Chigas suggest that, to identify whether a social norm is at play, one should be able to complete the following sentences in relation to the behavior in question:

X people are expected to do Y behavior; if they do not, Q negative sanction, or if

they do, R positive social response will occur

Following this formulation, the social norm we identified when we came up with the idea for our project is:

“Public health facility workers are expected to accept gifts and bribes; if they do not, they are criticized and socially ostracized, but when they do they are seen as good and get recommended to other users”

We distilled this social norm from the findings of several research projects on the drivers of petty corruption in the Tanzanian health sector, conducted with my colleague and Co-Investigator Richard Sambaiga of the University of Dar es Salaam. We began our research activities in this field back in 2013, as part of the ethnographic workstream of the EU-funded ANTICORRP project, seeking to understand how corruption is experienced and understood locally, by the users and providers of public services.

At the time, it was impossible to discuss treatment at public health facilities without corruption emerging immediately as a central theme. Back then we wrote: “That corruption is a pervasive reality of everyday life becomes evident very quickly even to the casual visitor in Tanzania. Bribing has been normalised to the extent that everyone knows that most of the time it is necessary to make an informal payment in order to obtain services” In fact, the research evidence strongly indicated that corruption in the Tanzanian health sector was not only endemic, but also often deadly. Reports indicated that it was not at all unusual that the inability to pay bribes at health facilities would result in loss of life and in our interviews with health facility users, 56 of out 110 respondents said they had been asked during the previous six months to make an informal payment in order to receive treatment. (The findings of that research were published here).

Subsequently, in a different project aimed at exploring behavioural drivers of corruption, we further uncovered how locally relevant norms give social meaning to the transactions associated with bribery. In a nutshell, bribery becomes entrenched because it is not understood as a one-off transaction, but rather as a first step towards creating a relationship between the user and the provider of the services. The endurance of the social relationships built upon this transactional logic hinges on an understood expectation that a reciprocal exchange of “favours” – I give you money and you will help me jump the long line when I come to the facility – will extend into the future.

Fast forward to 2019, more than three years into the incumbency of President John Magufuli, when we undertook some further research to develop our intervention impact measurement approach — and we were more than surprised with the findings. Survey responses from users of public health services, in exactly the same areas of Dar es Salaam where we had previously worked, now showed that bribes and informal payments were no longer being exchanged. Out of 130 survey responses, just 3 respondents said they had made an unofficial payment, none of the respondents thought that other users make such unofficial payments, and a large majority of respondents rejected the notion that it is acceptable to offer an informal payment to jump the queue at the health facility. This was, to say the least, a pretty radical change in the findings.

Given the strong commitment and actions of President Magufuli to clamp down on corruption, and the fact that many leading indicators (see here and here) suggest so, it is safe to say that Tanzania is no longer suffering from systemic corruption in the same way as it used to. However, we nevertheless were perplexed about the radical change in reported attitudes and behaviours  and decided to conduct additional research to find out what the situation exactly is nowadays.

What have we found out?

It seems clear that the type of extortive bribery (where treatment was conditional on paying a bribe) that used to be widespread in the past is no longer prevalent. Overall, our research participants, users and providers of health services alike, agreed that corruption has fallen and quality of services has improved under President Magufuli’s administration. It was also mentioned repeatedly that the perception among public servants is that nowadays there is a greater chance of being caught in a corrupt act with harsh punishment ensuing.

Does that mean that bribery has completely disappeared? The short answer is no. We have found that the type of proactive bribery which we had also recorded in the past, where users offer Takrima (Swahili for hospitality or favour) to establish a relationship with providers, is still a frequent occurrence, especially in public hospitals. However, it has been interesting to note how the practice has morphed in the past few years under the changed circumstances.

The practice of giving something to a health provider as a means to establish a personal relationship that will thereafter expedite access and enable special treatment is nowadays framed exclusively as ‘gift giving’. Although it seems from our findings that the gift most of the time consists of money and that it is often given with an ulterior motive, both users and many providers frame the practice similarly as an acceptable, even positive one. The gift, it is often said, is an expression of gratitude and is deeply embedded in the culture and, notably, the language used to describe this practice is imbued with strong, emotional  connotations: a gift is given “out of love”, “with the heart”. Many providers share a strikingly consistent narrative that dictates that, so long as the provider did not ask explicitly for the gift and it is given after the service has been rendered, it is acceptable for health workers to take gifts from users.

We think the current practice of gift giving can still be characterised as a social norm. To begin with, there are mutual expectations generated by the exchange between the giver and the receiver. Many providers openly acknowledge that by accepting a gift from users they enter into a situation where they are subsequently expected to prioritise receiving and treating these users. Some providers, who do personally do not appreciate the practice because they expect that users will be “enslaving” them if they accept the gifts, nonetheless admit that is difficult to refuse a gift because it is part of the culture and because providers who do so are often bad-mouthed and gossiped about.

Our research so far therefore indicates that changes in the wider socio-political environment can have a short term impact on social norms. Interestingly, in this case the norm did not disappear but rather adapted. The informal payment or bribe thus morphs into a gift and it is justified on the basis of cultural and affective considerations. The impact of the practice, to the extent that it creates favouritism in service delivery, continues to be regressive at the expense of the very poor who cannot afford to give a gift.

The observed shift in the social norm also points to a wider observation about the challenges to anti-corruption practice. In many cases, corruption emerges as a problem solving strategy. In this case, bribery offers a means to obtain easier access to a health system where demand seriously overwhelms supply. Thus, whilst practices that are reinforced as social norms prove particularly difficult to eradicate — hence the need to understand how anti-corruption can work with social norms — bribery and gift giving will be  difficult to eradicate unless the root cause of their functionality is addressed. 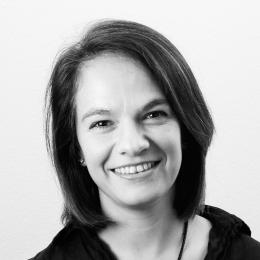 Claudia Baez Camargo holds a PhD in political science from the University of Notre Dame, USA, and a graduate degree in economics from the University of Cambridge, England. She is Head of Governance Research at the Basel Institute on Governance/ University of Basel where she is responsible for the development, oversight, and management of the Basel Institute’s research activities in the areas of public and global governance. She also works with a broad range of interested stakeholders on consultancy projects aimed at developing context sensitive strategies to prevent corruption in the public sector. Baez Camargo also teaches courses on corruption and development, and health systems governance at the University of Basel, and has developed training curricula for practitioners on corruption risk assessment methods and developing evidence-based anti-corruption interventions.

Claudia Baez Camargo holds a PhD in political science from the University of Notre Dame, USA, and a graduate degree in economics from the University of Cambridge, England. She is Head of Governance Research at the Basel Institute on Governance/ University of Basel where she is responsible for the development, oversight, and management of the Basel Institute’s research activities in the areas of public and global governance. She also works with a broad range of interested stakeholders on consultancy projects aimed at developing context sensitive strategies to prevent corruption in the public sector. Baez Camargo also teaches courses on corruption and development, and health systems governance at the University of Basel, and has developed training curricula for practitioners on corruption risk assessment methods and developing evidence-based anti-corruption interventions.