Why do people set up offshore shell companies? Some preliminary findings from the Panama and Paradise Papers 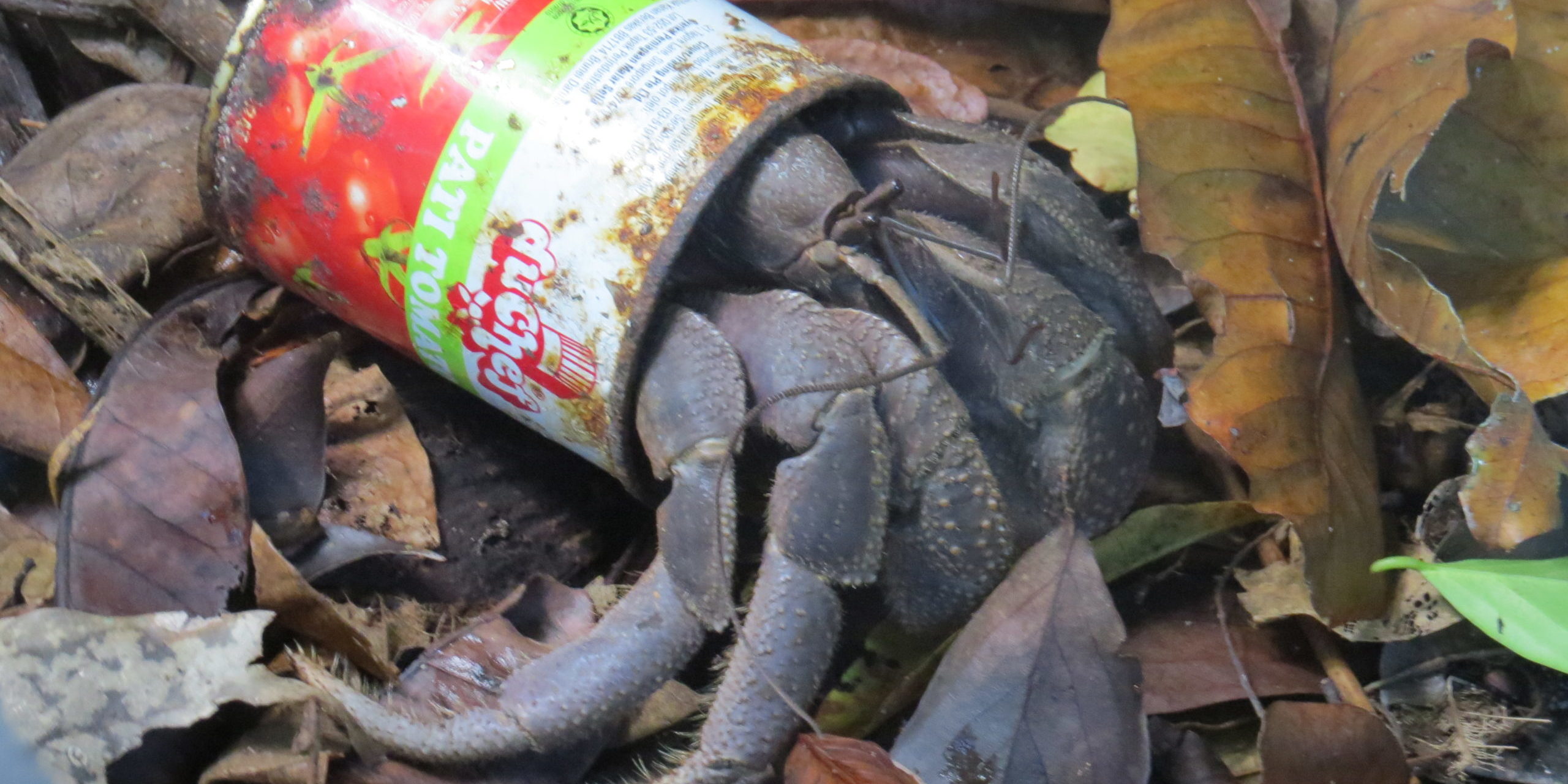 We previously looked at the structure of the global shell company network as revealed in the Panama and Paradise Papers.  Since then, we have been conducting statistical analyses to try to understand why this network looks the way it does, and what sorts of factors have shaped its development.

The ultimate objective of our project is to try to determine how (and also if) the use of shell companies has been substantially impacted, over the past few decades, by regulatory changes at the level of the intermediary jurisdictions where these companies are established and administered.  In order to do this, it is crucial to get a clear picture of why these companies are being set up to begin with.  We have a relatively good idea, from a qualitative standpoint, of the types of reasons that people set up offshore shell companies. But up until the release of the Panama and Paradise Papers dataset, we didn’t have any sort of a large-scale window into the overall universe of offshore shell company use, making it difficult to systematically probe the relative importance of various drivers of their formation in particular contexts.

Our statistical analysis of shell company formation drivers is still ongoing, and as such we must caution that the findings here might change as our analysis progresses.  Nevertheless we have some intriguing preliminary results that appear to stand up fairly robustly to sensitivity analysis, and shed some light on the why of shell company formation—specifically by clients in developing and transition economies between 1990 and 2015.  Most importantly, we have found that the two key leaked datasets seem to have fairly good properties for statistical time series analysis, particularly insofar as we usually get similar results when we run analyses separately on each of the two datasets.   None of the findings that we discuss here arise out of the results of any one particular model.  They are rather summarized based on the outcomes of large numbers of models, set up in different ways, with different combinations of variables, which aim to assess the stability of results.

Some of our preliminary findings are not altogether surprising.  For example, we have found that shell company formation seems to respond strongly to changes in the level of “rentier,” or in other words economically unearned cash flows entering a country—and more specifically natural resource rent income (in practice mostly from oil and gas), and foreign aid and development assistance inflows.  While the results for these show some sensitivity to the way that the models are set up, the picture painted so far seems to be of what can be partly described as a “rents in,” “rents out” logic of offshore shell company formation in developing and transition economies.

The relationship between foreign aid and development assistance inflows and shell company formation seems to be particularly strong, with our findings thus (tentatively) corroborating other recent work that has also found a statistical link between inflows of foreign aid, and outward financial flows into offshore banks (see Anderson, Johannesen, and Rijkers, 2020).  Notably, the sorts of government officials and politicians, or otherwise politically connected individuals in a position to appropriate these types of cash flows, are anything but a footnote to shell company formation.  Rather, we find that Politically Exposed Persons (PEPs), in many countries (13 at last count), actually own or are otherwise involved in a double digit percentage of all Panama and Paradise Papers shell companies controlled by local clients (based on the PEP list identified by the International Consortium of Investigative Journalists, whose holdings we mapped out in our last post).

Some of our other findings are rather more surprising, and in some cases puzzling.  This is particularly the case for the various institutional and political factors that we have tested.  Perhaps most notably, while we find a general association for developing and transition economies between higher levels of shell company use (formation counts in relation to GDP), and a relatively lower level of national income and development, we have not found much evidence in multivariate analysis that shell company formation is shaped, all else being equal, by the overall quality or level of factors such as legal and property rights institutional strength, state ownership, or democratic versus authoritarian political rule.

This is intriguing, as the conceptual narratives surrounding shell company formation in developing and transition economies often seek to explain it as an outcome of, for example, weaker legal institutions, or a weaker political and financial position of the private sector relative to the state sector.  Such narratives focus on the way that, for example, institutional weakness and state sector size create opportunities for wealth to be stolen and siphoned offshore (by state or non-state actors); create an imperative for private firms to compensate for domestic institutional weakness by making use of offshore legal structures and financing arrangements; or simply encourage those who have money in a country to seek to shelter it overseas from domestic political and legal risk.

There is no doubt that such factors are indeed at play in developing and transition economy shell company formation.  However, our results so far suggest that they might be expressed largely as qualitative variation in the nature of shell company use, as opposed to as dramatic and easily discernible variations in the intensity of shell company use (examined here in relation to GDP)—keeping in mind, that we actually do see more direct indications of particular types of cash flows finding their way offshore in ways that could potentially be linked to corruption.  While it is true that we are only looking at shell company formation counts in relation to GDP here, without taking into account the value of financial flows involved (which is unfortunately not recorded in this dataset), we would if anything likely expect the effects of international institutional and political variation to show up more clearly by the measure we are using (e.g. by revealing trends involving large numbers of smaller companies, as opposed the results being driven by a handful of massive corporate vehicles).

In contrast, we do see what look like quite strong and consistent impacts of political and institutional change events—i.e. privatization and nationalization events, political change events, and changes in the strength of legal and property institutions—on shell company formation.  The impacts that we see, though, do not really fit into obvious “off-the-shelf” narratives regarding the role of processes such as capital flight, asset theft, etc.  In general, from the standpoint of these narratives, we would mostly expect the political and institutional shocks that we are looking at to produce spikes in shell company formation.  Political and legal institutional change events, would probably be expected, for example, to prompt an acceleration of capital flight / asset protection-motivated shell company formation, as would nationalization events, while privatization events might be expected to create more opportunities for the ownership of assets to be reorganized under offshore structures.

Interpreting this picture is a challenge.  For example, the fact that spikes in shell company formation seem to be triggered by either an improvement, or a deterioration in the strength of legal and property institutions, might reflect a need or desire of clients to reconfigure offshore structures in response to major changes in domestic laws—whether to adapt to, or to exploit these changes.  However, this interpretation is undermined, somewhat, by the fact that we do not seem to see a simultaneous increase in dissolution of existing shell companies, but rather only an increase in the formation of new ones.

Alternatively, the spikes in shell company formation that follow legal and property institutional reconfiguration might be the result of client attempts to protect assets in response to legal uncertainty.  Such an interpretation is complicated, though, by the fact that radical political change, irrespective of what is happening to legal and property rights, seems to cause shell company formation to dip rather than spike.  Even more difficult to explain, are the apparent drops in shell company formation prompted by both privatization and nationalization events.  Notably, all of these effects seem to occur independently of one another—i.e. the relationship for one of these variables does not depend on whether others are also accounted for in the model.  Moreover, despite the expectation that any statistical effects of these sorts of institutional and political changes might be disproportionately driven by post-socialist transition economies, we actually see the clearest relationships for developing countries that don’t have a history of communist/socialist rule.

In all, we would say that our analysis so far, has, more so than generating clear-cut answers regarding the drivers of shell company use, left us with additional questions.  Basically, it has given us an investigative road map that helps us to understand what we should be asking, and in some cases has suggested a possible reframing of the way that the debates around shell company use are structured. We are currently in the process of conducting follow-up analyses to extend the findings summarized above, and to connect the analysis of the client country drivers of offshore shell company use, to the analysis of regulatory change impacts at the level of intermediary jurisdictions.  In our next installment, we will provide a further update on the results of this ongoing work.  In the meantime, we welcome any questions, comments, or suggestions! 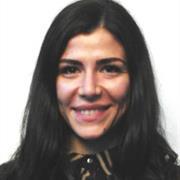