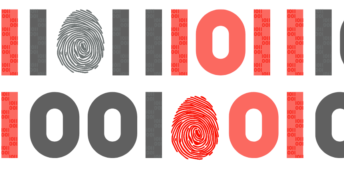 Initial excitement about the potential of open data to help in the fight against corruption over the past decade has slowly given way to the realization that information on its own is insufficient to affect the dynamics that keep corruption equilibria in place. In response, researchers and practitioners have increasingly sought to unpack the context — the conditions and likely causal pathways — under which open data might be used to more effectively combat corruption.

This approach, prioritizing efforts to obtain clarity around the problem first, to then figure out the extent to which data might help, is a welcome step to ensure the field sharpens its approach to using data as effectively as possible. Information, regardless of whether it is sourced through FOIA requests, data leaks, big (open) data, or investigative reporting, remains a key resource for anti-corruption advocates to advance the fight, and we look forward to hosting a panel during the upcoming International Anti-Corruption Conference on December 4, 12 pm – 1:30 pm EST, inquiring about how we can use open data to tackle corruption.

In this newsletter, we feature three GI-ACE projects: Liz David-Barrett’s exciting work to figure out how big data can help improve on procurement processes, to Daniel Haberly’s project on leaked data on illicit financial flows, to Thorsten Chmura’s efforts to obtain experimental data on norms and perceptions. We hope our work might be used to strengthen the field’s ability to devise and implement effective anti-corruption policy.

“One of the key problems with the prosecutors
is that there are overlapping powers of the agencies.”
– Dr. Jackie Harvey

Dr. Jackie Harvey and Dr. Pallavi Roy of SOAS-ACE discuss the structures of political power in Nigeria and the underlying systems of corruption that culminated in the protests of the #EndSARS movement in Declarations, the human rights podcast from the Centre of Governance and Human Rights at the University of Cambridge. To understand the ongoing #EndSARS protests, this week’s guests provide an in-depth look at the formal and informal political and financial economies at play in Nigeria. Dr. Harvey’s financial corruption research has addressed matters such as beneficial ownership and asset recovery and underscores the necessity for accountability and transparency, including the public accessibility of agency data, which would enable all citizens to hold their government accountable.

New Approaches to Anti-Corruption: Four Ignite Talks, will be held on December 8th at 9 AM EST. Paul Heywood, Heather Marquette, Mark Pyman, and Janine R. Wedel will present a series of papers designed to help practitioners develop better ways to tackle corruption. Originating in part from a series of international workshops that over three years convened experts in the anti-corruption field, their approaches, tools, and methodologies argue for a more nuanced and sophisticated understanding of corruption in order to better describe and explain its various modalities. The authors will discuss how their work interrogates issues in order to identify the key practical changes needed to help make progress on the agenda of rethinking corruption.

GI-ACE and the Open Gov Hub will be hosting an Anti-Corruption Day Q & A event with author Sarah Chayes at 9 AM. Chayes will share insights from her new book, “On Corruption in America“, and join in conversation with Milan Vaishnav, a Director and Senior Fellow at the Carnegie Endowment for Peace, on the United States’ long history of cultivating sophisticated networks of corruption. Register here.

GI-ACE will be moderating two panels at the IACC, the International Anti-Corruption Conference. GI-ACE Programme Director, Paul Heywood, will moderate Frontiers in Building Integrity — Testing What Works, Why and How on Friday, December 4th at 10:30 AM EST. This workshop will bring together practitioners and researchers to explore the frontiers of our efforts to build and strengthen integrity systems, and will be paneled by Claudia Baez Camargo from the Basel Institute, Mark Buntaine from UCSB, Cheri-Leigh Erasmus from Accountability Lab, Rudi Borrmann from Open Government Partnership, and Dieter Zinnbauer from the University of Cape Town.

Johannes Tonn from GI-ACE will be moderating Frontiers in Using Open Data to Tackle Corruption on Friday, December 4th at 12 EST. This workshop will explore strategies and mechanisms used to catalyze anti-corruption results, and will be paneled by Agustina De Luca from Open Data Charter, Paul Heywood from GI-ACE, and Alla Morrison from the IFC/World Bank Group.

Corruption has proven difficult for policymakers to address, and suppressing it in one place might just mean it soon emerges elsewhere. GI-ACE researchers Liz David-Barrett, Mihály Fazekas and their Corruption Red Flags team track corruption risks in public procurement, with a focus on public and aid spending, and advocate for flexible and adaptive interventions. Their innovative intelligence tool, “Corruption Cost Tracker”, which uses big data to identify corruption risks in procurement and calculate the cost for governments, won first place at the IMF Anti-Corruption Challenge this month. After demonstrating the tool’s utility in Indonesia, Georgia, Romania, Paraguay, and Uganda, the team secured funding to extend it to many more countries.

From Lab to Online Research: A Transition Full of Hurdles

For many GI-ACE researchers, the COVID-19 pandemic cut into months of strategic planning to undertake long-term international field research and data collection involving multiple partners and stakeholders. Thorsten Chmura’s team studies transnational corruption in international business and sought to recruit numerous research participants over the course of the project. In his latest blog post, he shares how his team pivoted online, overcoming practical hurdles such as reaching participants in lower-income countries that do not have reliable internet connections or devising a safe payment system.

Why do People Set Up Offshore Shell Companies?

Clients in developing and transition economies set up shell companies for many different reasons, and we have a fairly good idea, at an anecdotal level, what these are. However, the lack of a clear picture of what the overall universe of offshore shell companies actually looks like has made it very difficult to say what the relative importance of particular drivers of its use are. With the help of the Panama and Paradise Papers leaked dataset, Daniel Haberly‘s GI-ACE team discusses some of the preliminary findings, as well as some of the intriguing puzzles, generated by the analyses they have conducted so far. 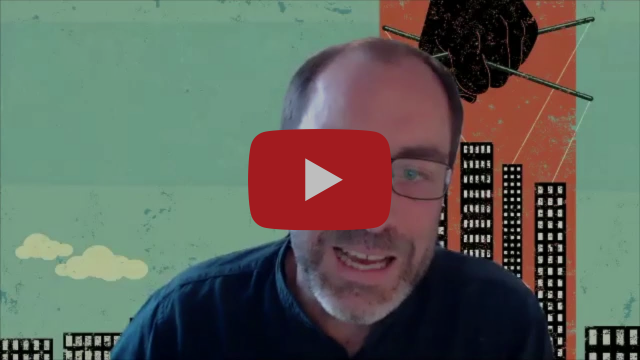 The Cities of Integrities project shares highlights from the closing panel of the 2020 Southern Africa City Studies Conference.

Gerhard Anders and Matthew Page question the sudden dismissal of anti-corruption ministers in Nigeria, Tanzania, and Malawi in this op-ed in Nigeria’s Premium Times.

Amrita Dhillon analyzes Indian government schemes rolled out in the wake of COVID-19 to address rising rates of urban migrants returning to rural environments in the Indian Express.

Liz David-Barrett and the Curbing Corruption in Public Procurement team came in first place at the IMF Pitch Challenge on October 7th, winning them $50,000 to pilot their anti corruption project intervention.

John Heathershaw sets out the case for a formal Code of Conduct to ensure authoritarian influence and corruption do not interfere in academic institutional decisions and student life in The Times.

Tena Prelec writes a piece in the IEMed Mediterranean Yearbook about the non-transparent practices of Emirati investors facilitating the activities of money laundering networks in the Balkans.

Tom Mayne examines in The Independent whether, in light of rather grim predictions of the future of the UK economy due to the double whammy of COVID-19 and Brexit, the UK government’s commitment to stamping out corruption will continue to be treated seriously.

Tom Mayne and Tena Prelec spoke at Sodruzhestvo (a group of individuals from the business, due diligence and academic worlds focussed on the post-Soviet space) on November 9th about GI-ACE findings thus far.

Ricardo Soares de Oliveira presented at the Oxford Martin Programme on African Governance on November 9th, speaking on Africa, capital flight and the bankers who help: evidence from the FinCEN files.

John Heathershaw spoke to Universities UK on November 11th on the risks to academic freedom from internationalisation and the need for a model code of conduct. The model code was released on October 12th by the Academic Freedom and Internationalisation Working Group to significant media coverage including the front page of the Times.