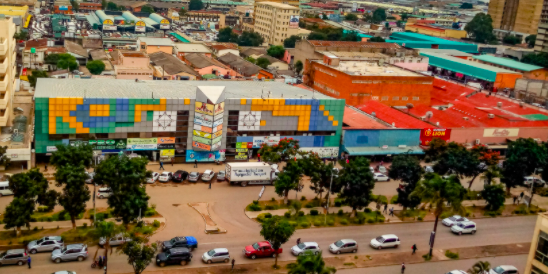 A version of this blog, written by Dorothy Ndhlovu and Gilbert Siame, was originally published on the African Centre for Cities website.

The launch of the Global Integrity Anti-Corruption Evidence Programme (GI-ACE) Cities of Integrity project was held on the 19 July 2019 at Protea Hotel Towers in Lusaka, Zambia. The launch was jointly organised by the Center for Urban Research and Planning (CURP) at the University of Zambia (UNZA), Zambia Institute of Planners (ZIP) and the African Centre for Cities (ACC) at the University of Cape Town (UCT). The project was officially launched by the Honourable Minister of Local Government, Honourable Vincent. The Minister addressed and congratulated the research team, commended the over 50 planners from across the country for turning up for the launch, and thanked senior government officials, leaders of civil society organisations and community residents for being active participants in the research. The Minister called stakeholders to pay attention to issues of corruption and integrity gaps in urban development in Zambia. He emphasized that meeting SDG 11 and the New Urban Agenda will depend on competent professionals with highest level of integrity. The Minister expressed gratitude to ZIP for acting on one of the Institute’s work pillars of promoting professional integrity among planners. The Minister concluded by recognising the importance of building productive partnerships in tackling wicked and complex urban problems affecting African cities.

Another notable speaker was the President of the Zambia Institute of Planners (ZIP). The President called on planners in Zambia to critically engage with issues of integrity and corruption and how they could inform their planning practice. He emphasized that ZIP has placed integrity as a top issue in capacity building for planners in all planning authorities in Zambia. The Dean of the School of Natural Sciences and the Head of Department for Geography and Environmental Studies at the University of Zambia emphasized the importance of policy relevant research projects for the University. A representative from the Zambia Anti-Corruption Commission emphasized the value of focusing on integrity and not just a narrow focus on anti-corruption approaches.

In her opening remarks, the PI, Professor Vanessa Watson from the University of Cape Town (UCT) emphasized the role of integrity in localisation and implementation of the New Urban Agenda for both Zambia and South Africa. The remarks of the Co-PI, Dr. Gilbert Siame from UNZA emphasized the importance of engaging with the exercise of professional power and the role of politics in building capacity among planners in Zambia.

The workshop participants were from various institutions from across Zambia. Provincial planners, Directors of Planning and District Planning officers from Lusaka province participated actively in the launch and workshop. Other planners came from Copperbelt, Southern, Central and North- Western provinces. The United Nations Development Programme (UNDP) represented the international development partners for Zambia and commended the research team for an innovative research project. Other participants included Lands Commissioner, Director in charge of physical planning in the Ministry of Local Government and senior officials from the Ministry of National Development Planning.

After the launch in the morning, the afternoon was facilitated as research workshop to give participants a chance to share experiences with corruption. It was widely acknowledged that corruption in urban planning in Zambia is widely experienced. Stakeholders expressed worry about society’s perception on planners on integrity issues. Planners argued that society believes that without corruption, it is nearly impossible to access planning services. This forces members of society to ‘willingly’ offer bribes to planners.

Secondly, the workshop established that while not every planner is corrupt, those who resist corruption from either politicians or ordinary members of society tend to be singled out as difficult people. It is believed that many everyone is doing it, so why would one resist?

The third insight was that in many instances, planners are forced by superiors and politicians to make planning decisions without due process. This is common in moments of contested issues. In matters involving very senior political figures, the decision on planning matters lies out of a planner’s professional jurisdiction as the planners have to act on orders from the ‘bosses’. However, given the dominant role of political cadres in the history of Zambia’s politics, ‘bosses’ involve any person with ‘political connection’ and with political power.

Another outcome of the workshop was a realisation that the planner is very vulnerable as there are limited structures and institutions to support practice of integrity among planners. Planners experience difficulties in responding corruption instances and situations. It was recognised that during moments of professional moral dilemma and crisis, planners often turn to God through prayer to seek spiritual guidance and support. It was further indicated that before 2017, few planning authorities had integrity committees, and these were important structures that could allow planners and other officials to report cases of corruption in planning and land matters. However, integrity structures in planning authorities and institutions remain weak and underutilised.

Gilbert Siame holds a PhD and a MSc. in city and regional planning from the University of Cape Town in South Africa. Dr. Siame is the convener of the MSc in Spatial Planning programme in the Department of Geography and Environmental Studies at the University of Zambia where he is also a co-founder and current Director of the Centre for Urban Research and Planning (CURP). Dr. Siame’s research interests and projects include among others urban informality, urban sustainability, urban governance, planning education, transdisciplinary research methods, and the interface of planning theory and practice in the global South.  He is the founding coordinator of EPIC Africa.