Are top-down audits complements or substitutes to social audits? 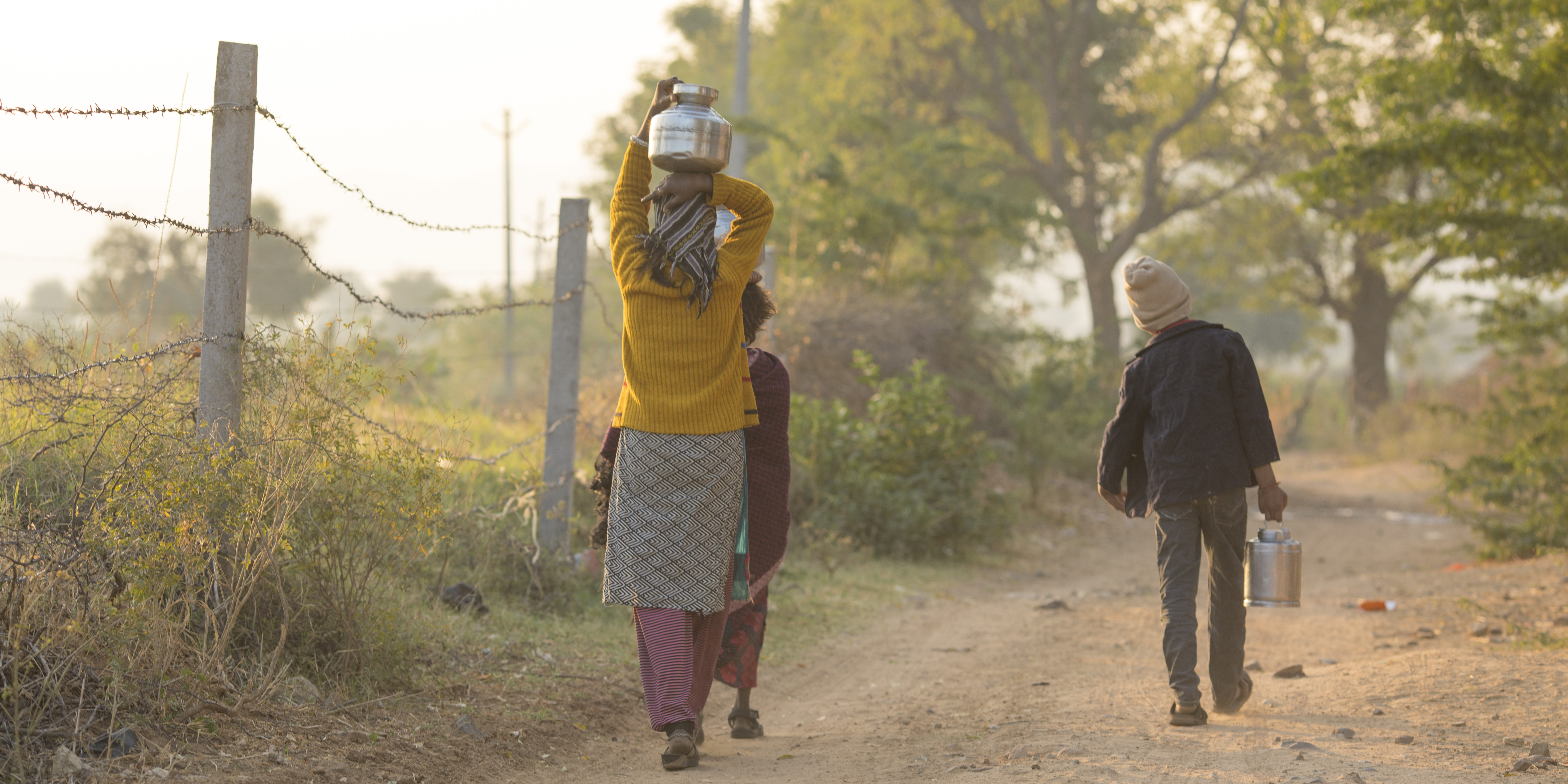 Citizens in developing countries depend on the state to provide public services, either due to an absence of market provision or because of poverty (Afridi, 2017). Despite the importance of these services, some of the largest opportunities for corruption arise in public service delivery, e.g., in bribes from beneficiaries or procurement contracts. Leakages of funds from intended beneficiaries constitute a large part of public sector corruption.

In India, two large public works programmes – the National Rural Employment Guarantee Act (NREGA) and Pradhan Mantri Gram Sadak Yojana (PMGSY) – are no different. NREGA mandates the provision of 100 days of manual work on publicly funded projects to rural households in India. The Act envisions a rights-based approach – rural adults can demand work at a mandated minimum wage. The program initially was implemented in the country’s poorest 200 districts in February 2006, reaching national coverage in 2008. In 2011-12, NREGA provided employment to almost 40 million households at an annual expenditure of more than $8 billion, making it one of the most ambitious poverty alleviation programs in India to date. It also is supposed to create rural assets.

PMGSY was launched on 25 December 2000 to provide all-weather road access in rural areas of the country. The programme aims to connect all habitations with a population of at least 500 persons in the plain areas and 250 persons in hill states, tribal, and desert areas.

Neihaus and Sukhtankar (2013) document that approximately 79 percent of labour expenditures are stolen in NREGA. While such figures are not available for PMGSY, Lehne et al. (2018) showed that allocation of contracts in favour of connected firms lead to more expensive roads and a higher probability of missing roads. Indeed, a report tabled in parliament by the Supreme Audit authority in India (the Comptroller and Auditor General (CAG)) said that in 9 states, 26 habitations had more than one connecting road, while in others, villagers are not aware that a road has been built as it is only on paper (Firstpost, 2016).

In our project we focus on these two major public works programmes in India, asking how corruption in these programmes relates to the frequency of past top-down audits and/or to the frequency and intensity of social audits. An interesting preliminary exercise would be to see correlations between these measures at the state level to understand why some states (might) do better than others, together with the audit regimes in these two programmes, providing lessons on what works.

Our study of the literature on states’ comparisons suggests that literacy and transparency measures led by the state government (such as verifying muster rolls for workers) are important determinant of success in NREGA. States like Andhra Pradesh, the northeastern states, Rajasthan, and Kerala are among the top performers, while Uttar Pradesh is one of the worst performers. Engagement by the state leadership seems to matter a lot (Bonner et al., 2012).

Social audits on the other hand, work well in Andhra Pradesh (due to institutionalisation by the state government) but not so much in the northeastern states and not at all in states like Uttar Pradesh. The main reasons seem to centre around the unequal power relations in villages and the dysfunctional democratic structures. As expected, the worst performing states are those with higher inherited hierarchies in power relations due to caste identities (Dutta, 2015). The report of the CAG on NREGA in 2015 pointed out widespread irregularities and, in two of the largest and poorest states found that funds had not been utilized. Based on anecdotal evidence, the CAG has found Uttar Pradesh to be the worst performer and Andhra Pradesh, Chattisgarh, Rajasthan, and Tamil Nadu to be the best performers in terms of governance. Coincidentally, these also are worst and best, respectively, on the basis of social audits effectiveness.

In the PMGSY, on the other hand, reports by the Ministry of Rural Development (MoRD) suggest that the states that lagged behind included Assam, Bihar, Chattisgarh, Jharkhand, West Bengal, Jammu and Kashmir, Uttarakhand, Rajasthan, and Odisha (Report of the Ministry of Rural Development, 2016-17), partly due to these being areas of conflict, difficult terrain, and land acquisition problems. Top-down audits are done periodically and randomly at the national level by the National Quality Monitor (NQM). State Quality Monitors (SQM) do this work at the state level, and the programme has an internal monitoring system called PIU (Programme Implementation Unit). Thus, any given road should have had some quality monitoring by the PIU and at least two inspections from SQMs, and might have had an inspection by the NQM, as well.

Bihar is one of the worst-performing states in terms of completed roads and in terms of unsatisfactory (quality) works, despite the fact that it has at least double the number of SQMs (Report of the MoRD, 2016-17). The Ministry points out problems such as blacklisted contractors applying with a changed name or states taking too long to compile the blacklist, but they do not mention the problem of lack of competition in the tendering process. An e-procurement process since the programme started in 2000 allows scholars to study corruption at the tendering stage. Lehne, et al. (2019) use this data to study how the tendering process is manipulated and show that, among the states they study, lack of competition at the bidding stage leads to higher cost overruns and worse performance in regard to quality.

Social audits have not been instituted formally for PMGSY by any of the states, however, one can find a number of independent NGOs (e.g., Public Affairs Centre) who mobilise social audits in an ad hoc way, e.g., 70 roads in Rajasthan, Jharkhand, and Meghalaya monitored by the Citizen’s Audit Monitoring Teams in 2014 found poor quality standards in 50 percent of the roads, on average. An audit of the Ministry of Rural Development by the Comptroller and Auditor General for the period 2010-15 found substantial discrepancies in the roads constructed, e.g., some villages have been “connected” twice, while other roads have been built where there is no human habitation at all. Indeed, the CAG suggested in its report that social audits be instituted on PMGSY, as well.

Overall, there is little rigorous evidence on how different levels of monitoring effect the two programmes. Olken (2007) asks this very question in the case of Indonesia, and uses an experimental approach to understand the role of centralised versus social audits. He finds that social audits work better when monitoring wage payments, but not as well in monitoring materials discrepancies. It seems natural to expect that since NREGA and PMGSY are programmes that are either beneficiary-heavy, where wage payments are likely to be the main leakage (NREGA), or need expertise (PMGSY), that the former shows greater responsiveness to social audits and the latter requires more expert audits.  But is this really the case? In our GI-ACE  grant, we are exploring the interaction of top-down versus decentralized monitoring in controlling leakages in these two major public projects. The question has direct policy implications in terms of enforcing the social audit function in the two programmes across all states. 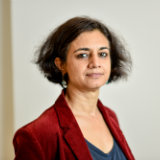 Amrita Dhillon is a professor of political economy at King’s College London. She has organized a number of workshops on topics ranging from Sovereign debt, reputational models in economics to a recent workshop on governance which was sponsored by the Journal of Public Economic Theory. Her training is in theoretical modelling, including political economy, public economics, game theory, and development. Dhillon received her Ph.D. from the State University of New York at Stony Brook; her main field of research is political economy.  Recent work on corruption includes work on how electoral competition affects leakages in NREGA at the village level (Afridi et al 2019)  and how natural resources can drive lower welfare via a political channel when compared to the right counterfactual (Dhillon et al, 2019).

Amrita Dhillon is a professor of political economy at King’s College London. She has organized a number of workshops on topics ranging from Sovereign debt, reputational models in economics to a recent workshop on governance which was sponsored by the Journal of Public Economic Theory. Her training is in theoretical modelling, including political economy, public economics, game theory, and development. Dhillon received her Ph.D. from the State University of New York at Stony Brook; her main field of research is political economy.  Recent work on corruption includes work on how electoral competition affects leakages in NREGA at the village level (Afridi et al 2019)  and how natural resources can drive lower welfare via a political channel when compared to the right counterfactual (Dhillon et al, 2019).